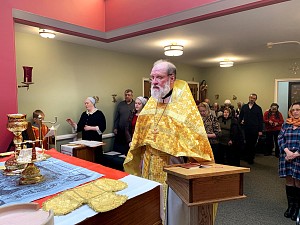 The Rockaway Peninsula was purchased from the Mohicans by the Dutch in 1639. It is long, narrow spit, with one side facing the Atlantic Ocean, and the other separated by a long strait from the part of Long Island that is now Queens. At the beginning of the 19th century, the peninsula began to develop as a resort area, with hotels and private mansions. The region underwent massive further development thanks to the innovations of the renowned public official Robert Moses. At his initiative, two bridges were built connecting the peninsula to Queens, along with a subway line. After this, the peninsula became accessible to a broad spectrum of people, and it was taken over by theme parks, beaches, cafés, and restaurants. In the mid-20th century, high-rise apartments were built, which made living in Rockaway accessible to a large swath of the population. Immigrants from the former Soviet Union settled in two parts of the peninsula: on the 20s Streets (Far Rockaway) and the 80s Streets (Rockaway Beach). You are just as likely to hear Russian being spoken in these areas as you are in Brooklyn.

Despite the two bridges and the subway line, it is still not easy to access the peninsula from other areas of New York without a car. For the elder and families with children, regular trips into Manhattan for services are overwhelming. Many have appealed to His Eminence, Metropolitan Hilarion, asking to open a parish in Rockaway.

On Saturday, February 16, Metropolitan Hilarion issued a directive opening a new church community in honor of the Holy Apostle & Evangelist Mark in Rockaway Beach, assigning me as rector.

In the very center of Rockaway Beach, a region home to a significant part of the Russian community, is the large Catholic center of St. Rose of Lima. Built in the 1800s, it includes three churches and a former monastery, which now houses a school. This was the first door that I decided to knock on in the hopes of finding a place to hold the divine services. The door was opened for me by a short man, who with a smile told me that the rector would of course be happy to speak with me. He took me to the rector’s office, sat me down at the table, brought me a cup of coffee, sat down opposite, and told me that his name was Fr. James Kuroly, rector of St. Rose of Lima Church. After half an hour, he took me to see all of the buildings, telling me the history of their church. The last place he showed me was a small church for about 40 people, located in the building of the former monastery (now a school). "Will this space suffice to start?", he asked.

On Sunday, March 3, the first Liturgy was celebrated, attended by about 30 people. Most of them had heard about the opening of the mission from volunteers in the Catholic community, who a few days before the service had gone to the nearby apartment buildings and knocked on each door to hand out fliers with information about the opening of the Orthodox mission.

Plans for the future include regular services on Saturday and Sunday, regular Liturgies of the Presanctified Gifts during Great Lent, Holy Unction, and the reading of the Canon of St. Andrew of Crete during the first week.

On Wednesday, May 8, the feast day of the Holy Apostle & Evangelist Mark, the mission’s Heavenly patron, parishioners are hopeful for a hierarchal visit to the parish. 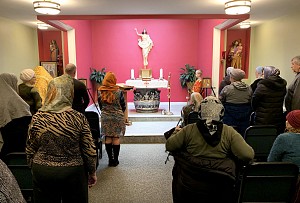