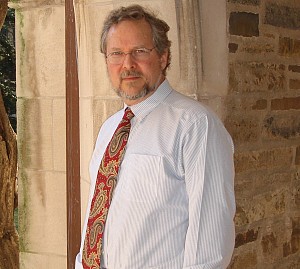 Nicolas Schidlovsky, Ph.D., began his tenure as the new dean of Holy Trinity Orthodox Seminary and professor of Sacred Music on Thursday, August 15, succeeding Archpriest Alexander F.C. Webster, Ph.D., who has retired as dean and professor of Moral Theology.

After a formal search by a special Seminary Search Committee, including an energetic interview process last spring, the HTOS Board of Trustees unanimously recommended Professor Schidlovsky to ROCOR’s Holy Synod of Bishops. The Synod officially appointed him as dean at a plenary session in San Francisco on Thursday, June 27.

Dean Schidlovsky comes to Jordanville with an impressive record. His proven talent and far-reaching academic achievements—too numerous to list here—range from college and university-level teaching to a wide sphere of international scholarship and publication of his prominent, path-breaking research. In addition, Dean Schidlovsky was the founder and director of the ROCM (Russian Orthodox Church Musicians Fund) in 1982, and he has served as a board member of ROCM’s Fund for Assistance since 1980 and ROCOR’s Synodal Liturgical Music Commission since 1982. At HTOS, he will also apply his considerable knowledge of administration, which is steeped in a solid understanding of the non-profit sector’s numerous challenges.

A life of dedication in service to the Church has won Dean Schidlovsky widespread recognition for his many undertakings including the sacred arts, particularly as applied to the training of today’s Orthodox liturgical singers, choral conductors, and musicians.

Dean Schidlovsky graduated with a B.A. cum laude from Williams College in Massachusetts and earned M.F.A. (Master of Fine Arts) and Ph.D. degrees from the Department of Music at Princeton University in New Jersey. Over the years, his interests have encompassed a spectrum of topics in historical musicology, ethnomusicology, and the cross-cultural study of early Christian liturgy – particularly the Middle Ages, both East and West. Along with his many administrative duties as Dean and fund-raising efforts in North America and Russia, during the coming academic year Dean Schidlovsky will teach two new courses in the second year of the Seminary’s Master of Divinity graduate program: Orthodoxy and the Arts (Fall Semester) and Advanced Church Music (Spring Semester).

The role of the Dean of the Seminary has been vital to the well-being and educational mission of the Russian Church Abroad since the founding of HTOS in 1948. On the threshold of ROCOR’s centennial celebration around the globe in 2020, that role and mission will prove more significant than ever.

Inspired by the spirit of Orthodoxy and a shared dedication to Orthodox education and priestly formation, the seminary’s rector, administration, faculty, and students eagerly anticipate working closely with Dean Schidlovsky in the coming years.