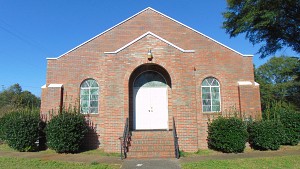 In October 2014, six Orthodox Christians met for dinner at a restaurant in Hoover, AL, and discussed the possibility of opening a mission parish for Orthodox faithful living in Greater Birmingham, outside the city limits. The genesis of the idea came from discussions between Deacon Justinian Burnett and Archimandrite Maximos (Weimar) of the Monastery of the Glorious Ascension in Resaca, GA, about the scarcity of Orthodox presence outside the Birmingham city limits, when there is a large population that lives south of the city, known locally as the "over-the-mountain" area, because Birmingham is located in a valley. With Fr. Maximos’ blessing, those original six members of St. John Cassian Chapel, Tim and Mary Holcombe, Phillip and Ita Burnett, Justinian Burnett, and Athanasius Lewis, met for Typica the following Sunday in the Holcombes’ living room, and then shared a potluck meal after the service.

After a few weeks, the group began renting the clubhouse space at the Holcombes’ condo, where they held reader service Matins and Typica weekly on Sundays for the next year, and doing midweek services, including a weekly moleben to St. John Cassian, at the Burnetts’ house. Later, the Burnetts generously loaned the use of a large studio space over their garage to the mission, which was converted into a small chapel. St John Cassian has been meeting in this space for the last five years. 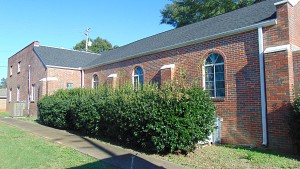 During this time, there have been many new additions. In the past year, the Sunday Liturgy congregation has grown to over 30 people, which has made the 650-square foot "upper room" chapel become quite cramped. In June 2019, Justinian was ordained to the diaconate to help serve the mission. For the past year, the group has been looking at various properties and options for moving the chapel to its own permanent space, but without much success.

Last month, however, through much prayer, hard work, and God’s grace, a building was located in the Bessemer area. Fr. Justinian and parish council member Athanasius Lewis went to see it and were immediately impressed with the possibilities that the building presented.

"I knew right away that this place could really be something," said Fr. Justinian. "There was a feeling of immense potential." 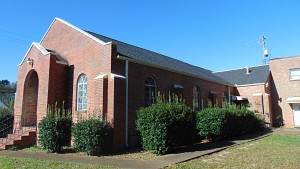 The building was already undergoing renovations by the current owners, so much of the demolition work that would be needed in order to make it a proper Orthodox temple had already been done.

Fr. Maximos, who currently serves as rector of the mission, remarked, "I am very pleased with the work done by the community at St. John Cassian. Being able to buy a building after only being organized for such a short time is a very commendable achievement. This will be a blessing to Bessemer and the surrounding communities."

Because the building was already in the demolition phase of renovations, it is not currently usable for services. St. John Cassian will be continuing to meet in their current location for the next few months, until the new location’s remodeling is complete.

To receive more information about the St. John Cassian community, please visit their website and follow them on Facebook here. If you would like to become a benefactor, please consider making a donation on their PayPal page.