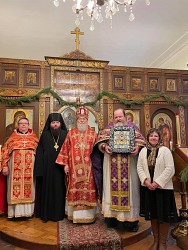 Several weeks ago, Priest John Trepatschko, rector of Holy Assumption Church in Stafford, VA, addressed a letter to Archpriest Victor Potapov, dean of the Capital Region of the Eastern American Diocese, regarding the return of his parish to the bosom of the Russian Orthodox Church Outside of Russia. A correspondence between the two followed, after which they met in person.

The community of Holy Assumption Church split from ROCOR in 2007, after His Holiness, Patriarch Alexey II, and His Eminence, Metropolitan Laurus, signed the Act of Canonical Communion in Moscow.

On Friday, January 1, Fr. Victor arrived in Stafford, where he was shown the warm house church and talked with Fr. John, his brother Protodeacon Nicholas Trepatschko, and some of their parishioners over a cup of tea. Convinced of the sincerity of their request, Fr. Victor recommended that they formally request to the Diocese’s ruling bishop, Metropolitan Hilarion of Eastern America & New York, to be received into ROCOR.

The request was sent and, in response, Metropolitan Hilarion invited Fr. John to the Synodal Headquarters in New York City on Monday, January 4, for confession and being received into the ranks of the ROCOR clergy.

We rejoice in having received these new brothers in Christ, which whom we may now pray together "for the peace of the whole world, the good estate of the holy churches of God, and the union of all," and for good sense to prevail among those who are still outside of the communion of the Church. 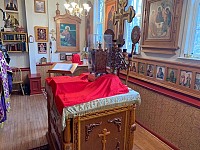 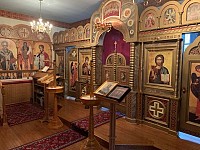