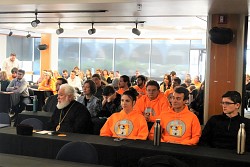 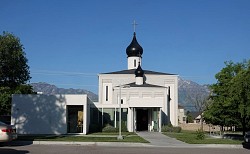 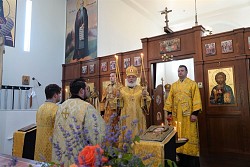 Throughout these six days, participants expanded on the topic "Equipping the church with the talents of young people." Participants heard speakers who had built, equipped, and otherwise contributed to parish development. Matushka Patricia Klar began her active participation in Orthodox mission life in the northern U.S., where her father was a priest, when she was given a blessing to conduct the choir at 13 years old. When her husband was ordained a priest, she undertook virtually every church obedience.

Engineer Eugen Kulesha from New Jersey is someone who built a church from the ground up, and shared his experience and the finer details of the work involved with his audience. The young people also became acquainted with the work of St. John of Shanghai Memorial Fund.

All of the lectures and presentations are available for viewing on the YouTube channel of the St. Prince Vladimir Youth Association here.

The older presenters helped the youth to design their own projects to help reinvigorate parish life. These included establishing a benevolent fund, catechism group, Sunday school, youth choir, an organization to benefit the needy, and more. Each group delivered a presentation on their project. The winning projects were announced at the concluding banquet at Living Planet Aquarium. The winning group’s project envisioned the creation of an "Orthodox Creative Academy," a new way to unite parishes through an information website. The proposal would see parishes add their ongoing projects, events,, and service schedules to the website.

The youth also tried their hands at podcasting on current affairs. Fifteen podcasts were recorded, in which the young people interviewed one another on various topics relating to their faith and personal concerns, such as "The Meaning Of Work And How It Fits In My Faith" and "The Orthodox Community and Its Positive Influence on Mental Health." The podcasts can be found at www.youthpv.org.

Among the most anticipated events was a Zoom video conference with their peers in Germany; taking part on the German side was Bishop Job of Stuttgart.

Conference participants spent a day getting to know the remarkable natural beauty outside of the Utah capital. Local youth organized mountain tours of varying difficulties for the participants, after which they all met at a lake, where they spent the evening around a campfire singing Russian and American folk songs.

The conference concluded its work on the first Sunday after Pentecost, that of All Saints, which the Synod of the Russian Church Abroad designated at Youth Day. This celebration is geared toward the three main socio-cultural groups of youth in the Church Abroad: young people born in Russia, in the Diaspora, and those who converted to Orthodoxy from the local population where ROCOR exists.

At Vigil and the hierarchal Liturgy in St. George Church, which were officiated by Archbishops Gabriel of Montreal & Canada and Peter of Chicago & Mid-America, the youth choir sang under the direction of Stephan Sveshnikov. The divine services were held under the aegis of the widely revered Iveron Montreal "Hawaiian" Icon of the Mother of God, highly revered throughout the Russian Diaspora. The hierarchs greeted the young people, thanking them for their marvelous singing and calling on them to follow the examples of the saints in their everyday lives.

The parishioners of St. George Church organized a shish kabob picnic for the conference participants, during which they all engaged in cordial interaction before retuning to their home parishes. 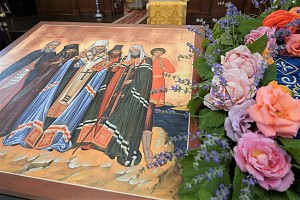