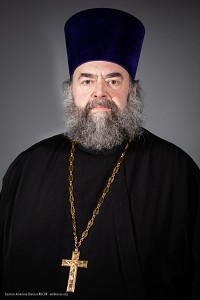 Still a layman, George G. Temidis was first elected to the Diocesan Council in 2006. In 2009, he was appointed chairman of the diocesan Insurance and Pension Commission, and several times served as the Council’s recording secretary.

Fr. George’s predecessor in the role of diocesan secretary since 2018 was Metropolitan Nicholas himself, at that time still Bishop of Manhattan, vicar of the Eastern American Diocese, prior to his election as First Hierarch of the Russian Church Abroad.

Metropolitan Nicholas, the Diocesan Council, and the entire staff of the Diocesan Administration wish Fr. George God’s aid, and fortitude in his new duties!