ROCOR: Patriarch Bartholomew is not free in his actions, because certain forces distant from Christ’s Church stand at his back 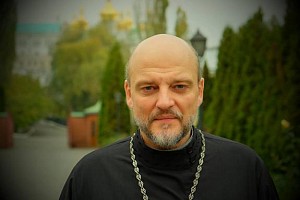 At the request of the editorial board, Archpriest Serafim Gan, chancellor of the ROCOR Synod of Bishops, Secretary to the First Hierarch of the Russian Church Abroad, commented on the latest decisions of Patriarch Bartholomew and assessed the actions of the Phanar.

Our thoughts, deep experiences, and fervent prayers are with His Beatitude, Metropolitan Onufry, the archpastors, pastors, inhabitants, and pilgrims of the Kiev Caves, Pochaev, and Svyatogorsk Lavras, the monastics, lay people, and the entire Ukrainian Orthodox Church, which is the heart of the Holy Russian Orthodoxy. Our Ukrainian Orthodox Church is not only the heart of the entire Russian Church, but also of each of its self-governing parts, including the Russian Church Abroad.

The frescos of the St. Seraphim Memorial Church in Sea Cliff, NY, where by God's grace I carry out my ministry, depict the entire history of holiness and piety of our blessed people, our ancestors – from the Kievan font to the restoration of the fullness of fraternal communion within a single Russian Orthodox Church: the first Primate of the Russian Church Abroad, Metropolitan Anthony (Khrapovitsky), who built and consecrated Holy Trinity Cathedral of the Pochaev Dormition Lavra and, after the murder of the Holy Hieromartyr Vladimir (Bogoyavlensky), became his successor in the Kievan see; Archbishop Vitaly (Maximenko), a few days before the assassination of Metropolitan Vladimir in 1918, served an akathist with new hieromartyr in the Great Church of the Kiev Caves Lavra, and for many years headed the typographical brotherhood of the Pochaev Lavra. Archbishop Vitaly, at that time still archimandrite, with God’s help, managed to take the Pochaev typographical brotherhood abroad, continuing to bear his social and missionary service in the diaspora.

The Pochaev typographical brotherhood – first in the territory of Prešovian Russia, and then in Germany and the United States – printed spiritual and moral, church-theological and liturgical literature, not only for those in the Church dispersed after the revolution and the civil war, but also for those who longed for spiritual enlightenment in their homeland. This truly holy affair was continued by the ever-memorable abbot of Holy Trinity Monastery in Jordanville, NY, Metropolitan Laurus, spiritual friend and concelebrant of His Beatitude, Metropolitan Onufry. As is known, St. John (Maximovitch), the great archpastor and wonderworker of the Russian Church Abroad, was born, studied, and underwent his spiritual formation in the land of the current Ukrainian Orthodox Church. So the Orthodox Church in the sacred land of Ukraine and everything connected with it is kept very, very close to our hearts.

Therefore, when His Holiness, Patriarch Bartholomew, said literally yesterday, and repeatedly, that he recognized only His Beatitude, Metropolitan Onufry, as the canonical head of all Orthodox in Ukraine, and solemnly promised before the high assembly of Primates and representatives of the Local Orthodox Churches not to interfere in the affairs of the fraternal Ukrainian Orthodox Church, this instilled in us joy in the Lord and peace of mind for the fate of all Orthodox believers in Ukraine, as well as respect for Patriarch Bartholomew who, as it then seemed, deeply understood and defended the canonical Church with love.

Yet today, he ignores the respected Most Blessed Metropolitan Onufry, and the archpastors, pastors, and the many millions of faithful children of the Church, as well as many of his Most Holy and Most Blessed Brother-Primates of the Holy Churches of God. And this causes at the very least bewilderment and anxious feelings in our midst.

It should be noted that the Patriarchate of Constantinople quite recently fully supported and even confirmed the position of our Church in relation to Mikhail Denisenko and his activities.

Therefore, the present actions of Constantinople make one suspect that His Holiness is not free in his actions, that there are certain forces standing at his back, very distant from Christ’s Church, and pursuing their ill-fated goals. And how bitter it is!

When we see in the church of the "Kievan Patriarchate" icons of Holy Great-Martyr & Trophy-Bearer George defeating a double-headed eagle, and other images with similar subjects, when we hear political statements and any other pronouncements that inflame passions and national conflict from their pulpits, it becomes clear that the schismatiarch Filaret and his minions are not looking for peace and unity of the Orthodox in Christ, but for the power, influence, and vainglory of this world, and the realization of their own non-church goals. Observing the behavior and ministry of His Beatitude, Metropolitan Onufry, listening to his sermons and reading his interviews, we see that he calls for unceasing prayer, brotherly love, for peace of soul and true patriotism manifested in the life of the Gospel and love for others. In my opinion, this is a sign that His Beatitude is on the side of God’s truth, and leads the God-loving flock of the Ukrainian Orthodox Church by example. And, if in the present difficult conditions of the church life of Ukraine, a person wants to stick to the truth or is looking for it, then let him hold on to the mantle of His Beatitude – and then all will be well!

Nevertheless, we do not despair, and with heartfelt faith and humility we pray that the situation will reveal the truth of God and the true devotees and guardians of Holy Orthodoxy in the Ukrainian land, who worthily perform and carry out the work of Christ. The main business of all Orthodox is not to incite passions, but to pray and trust in God, accepting the present trial as His gift and opportunity to serve the Church, and to quite calmly speak the truth, as did the Forerunner of the Lord John toward Herod who, as we know, had erred. If we try to do this, then I believe that the Lord, in the words of the Psalmist, "will give strength to His people and bless them with the peace," which I wholeheartedly wish for our brothers and sisters.

With unfailing love in the Lord, and embracing the confessional struggle of the Ukrainian Orthodox Church,