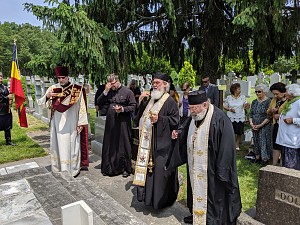 On June 2, the Sunday of the Blind Man, the faithful gathered at St. Vladimir Cemetery in Jackson, NJ for a panihida at St. John the Baptist Chapel to commemorate the victims of Lienz. Archpriest Serge Lukianov (chaplain of the Kuban Cossack Voisko Abroad), led the panihida, co-served by Archpriest Boris Slootsky and Protodeacon Leonid Roschko (clerics of St. Alexander Nevsky Diocesan Cathedral in Howell, NJ).

Afterward, a memorial luncheon was held at the Kuban Cossack Hall in Howell, at which time guests were also invited to visit the adjoining Cossack Museum. 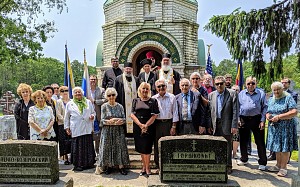