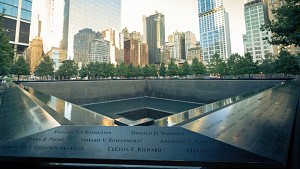 On Wednesday, September 11, the Russian Orthodox Church Outside of Russia (ROCOR) commemorated victims of the September 11, 2001, terrorist attacks in the United States, according to the dean of the Synodal Cathedral of the Sign in New York City, Archpriest Andrei Sommer.

On Tuesday, September 11, 2001, terrorists from al-Qaeda seized four passenger planes, crashing two of them into the World Trade Center in New York City and another into the Pentagon just outside of Washington, DC. The fourth jet came down in a field in Pennsylvania after being initially directed toward Washington. Some 3,000 people from 90 countries lost their lives in the terrorist attacks.

"We will serve panihidas on this day," Fr. Andrei said. The priest recounted the confusion that ensued in New York City after the planes crashed into the towers, recalling the events "as if it was yesterday."

"We were watching TV. The first news was that an airplane possibly crashed into the tower. We saw a fire, smoke," he recalled. "We were confused what was happening at first."

Fr. Andrei said he spent the weeks after the attack counseling those who needed help dealing with the pain and grief of loss. The priest does not know how many Russian Orthodox were killed in the attacks, but said he personally served at three funerals. All three of the services were held "in absentia," though in one case a woman was able to find the remains of her husband and hold a burial ceremony several months later.

Fr. Andrei said that in the days after the attack, Russian priests tried to offer support to the victims during sermons and special meetings. "We tried to console them and explain the temporariness of our life," he said.

For many Russian Orthodox, the attacks were especially tragic because they coincided with the annual commemoration of the Beheading of St. John the Baptist on September 11 (August 29 o.s. – ed.).

"It was very unforgettable day for us – the feast that hopefully never, ever will be repeated in the future," according to Archpriest Victor Potapov, rector of the St. John the Baptist Cathedral in Washington, DC.

During the commemoration of the parish feast in 2001, Fr. Victor and his flock had just finished Liturgy when his wife ran into the building to convey the news of the terrible incident in New York.

"Immediately we served a memorial service for all who passed and held a prayer service for those who were still living and asked the Lord to help us alleviate the suffering of people," the priest recalled.

The cathedral is located several miles away from the Pentagon, but Fr. Victor said that people did not hear a blast. Several parishioners were working in the destroyed building at the time of the attack, but they were successfully evacuated, he added.

"My wife and I were afraid that our son, who just left the Marine Corps, would be recalled because in the event of war, the military can recall people who just left the service. But that did not happen," Fr. Victor said.

The priest added that he was worried at the time about the consequences of a possible broad war. In the long run, the events of September 11 lured the United States into wars in Afghanistan and Iraq, where it remained bogged down in intractable conflicts for years, he added.