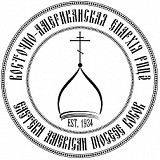 To the Orthodox Hierarchs, Clergy & Faithful of the Eastern Seaboard of the USA
OPEN INFORMATIONAL BULLETIN
OF THE EASTERN AMERICAN DIOCESE
OF THE RUSSIAN ORTHODOX CHURCH OUTSIDE RUSSIA
With this open letter, we respectfully inform the hierarchs of the Canonical Churches of the Eastern Seaboard of the United States, their clergymen and faithful, of the following painful situation taking place in Dania Beach, FL, and North Fort Myers, FL.
A clergyman of the Eastern American Diocese of the Russian Orthodox Church Outside of Russia, Archimandrite Alexander (Belya), betraying the trust and love of his archpastors, led the Cathedral of Blessed Matrona of Moscow in Dania Beach, FL, and St. Nicholas Monastery in North Fort Myers, FL, out of the structure of the canonical authority of the Russian Orthodox Church.
Having been suspended from performing his priestly functions, Archimandrite Alexander has not submitted to the decrees of his Ruling Bishop, and is not responding to summonses to be questioned by a special diocesan investigative committee appointed to examine his activities and those of his younger brother, Ivan Alexandrovich Belya.
Representatives of the special diocesan investigative committee in clerical rank, having been granted by the blessing of the Ruling Bishop with special authorities, were not permitted into the Cathedral of Blessed Matrona of Moscow, blocked by armed guards, which is an unheard-of occurrence in the Orthodox community of the United States.
It became known to us that the suspended Archimandrite Alexander, on Sunday, October 13 (n.s.) 2019, ignoring his suspension from priestly duties imposed by his Ruling Bishop, brazenly performed Divine Liturgy, commemorating His All-Holiness the Archbishop of Constantinople-New Rome and Ecumenical Patriarch Bartholomew and His Eminence Archbishop Elpidophoros, Archbishop of America, Exarch of the Atlantic & Pacific Oceans.
All the clergymen of the Cathedral of Blessed Matrona of Moscow and St. Nicholas Monastery maintained their fealty to the Russian Orthodox Church and refused to participate in the dubious church services. The resident clerics of St. Nicholas Monastery, Archimandrites Stefan (Khilchuk) and Siluan (Lembai) were expelled from the monastery with brute force by suspended Archimandrite Alexander and his younger brother Ivan, the latter prohibited from the Holy Mysteries of Christ. Mitred Archpriest Serge Prisacaru, as he was being removed from the Cathedral of Blessed Matrona, was not even allowed to bid farewell to the flock to whom he ministered for many years. For the time being, the clerics have been reassigned to St. Vladimir Church in Miami.
We can only surmise, unfortunately, that the hierarchs of the Constantinople Patriarchate, against the background of her complicated and unfortunate relationship with the Russian Orthodox Church, either fell victim to deception, or consciously received the suspended cleric. The bishops of the Eastern American Diocese of the Russian Church Abroad express their hope and lift up their prayers to Christ our Savior that these difficulties between Local Churches are temporary and do not lead to the trampling of the most basic Church canons and the complete collapse of discipline on the American continents.
The bishops of the Eastern American Diocese caution their flock of the spiritual perils they face. From the point of the view of the Russian Church Abroad, Archimandrite Alexander remains suspended from his priestly functions, burdened by additional canonical violations – performing church services while under suspension. The attempt to flee his canonical obediences and hide his actions through an illicit escape to another ecclesiastical jurisdiction only opens up new dangers for the salvation of both Fr. Archimandrite himself and all those who follow him.
All the devoted children of the Russian Church Abroad are given blessing to depart from the Cathedral of Blessed Matrona and St. Nicholas Monastery, and cease prayerful communion with the suspended Archimandrite Alexander and those with him. From the point of view of the Russian Church Abroad, the Sacraments and prayers performed there do not lead to salvation into Eternal Life.
To those of our flock who wish to preserve dedication to the Russian Orthodox Church, but through some circumstances ignore our blessings, we still express our love, but be aware that responsibility for their spiritual future lie upon them and the hierarchs who take this responsibility upon themselves!
May the peace and grace of our Lord Jesus Christ be with you all!
News
00000
North Port, FL: Our Lady of Pochaev Church celebrates Patronal Feast
00001
Wayne, WV: Bishop Nicholas officiates Feast of St. Panteleimon in Holy Cross Monastery
00002
New York City: On 8th Sunday after Pentecost, Archbishop Gabriel of Montreal celebrates Liturgy in Synodal Cathedral