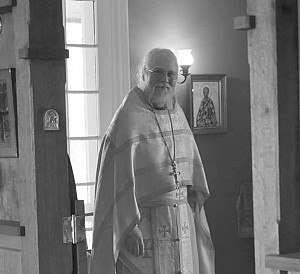 On Friday, July 31, Archimandrite John (Erickson) of the Monastery of St. Dionysios the Areopagite in St. James, NY, reposed in the Lord after a battle with cancer. He was 68 years old.

The future Fr. John was born Carl Theodor Erickson on January 5, 1952 in Brooklyn, NY to the family of Carl Theodor and Carol Mildred Bates Erickson. At the age of 24, he was received into the Orthodox Church and, rather than pursuing a secular education in a Physics program to which he had been accepted, chose rather to embrace the spiritual life. He entered St. John of Rila Monastery and was tonsured a monk at the age of 28, receiving the name John, in honor of the Holy Hierarch John Chrysostom.

On May 10, 1982, the Monk John was ordained a deacon and on the following day, he was ordained a priest. Many have known him as a much-beloved liturgist and confessor, and an integral part of his monastic brotherhood.

In 2010, Holy Cross Brotherhood was received into ROCOR, and then in 2018 moved from East Setauket to St. James, NY where the brethren established St. Dionysios Monastery. 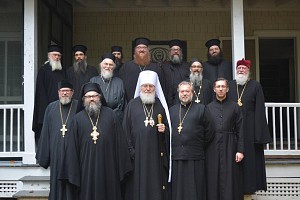